NOTHING IS TRUE. EVERYTHING IS PERMITTED

A symphonic orchestra and a chorus of 80 elements directed by Ivan Linn will revive the eternal battle between the Brotherhood and the Order of the Templars as never before.

Assassin’s Creed Symphony is a multimedia symphonic experience for all fans (and not) of the beloved video game and fans of the symphonic genre.

The whole live music and the extraordinary images of the game taken from the popular saga signed by Ubisoft will be projected on a mega-screen: these projections are designed to create a sensorial and musical exploration with the same special effects as a cinematographic kolossal!

Assassin’s Creed Symphony is a seesaw of emotions and memories, a musical iter that passes through high-level arrangements.
But it also represents the will of Ubisoft to further expand the range of experiences related to its most famous brand: a path now over ten years, that from video games and cinema has moved on to novels and comics, up to this year– even between the lights of a musical stage.
An imposing and sumptuous symphony, ready to remind us once again that nothing is real and that everything is permitted.
(Every Eye – everyeye.it) 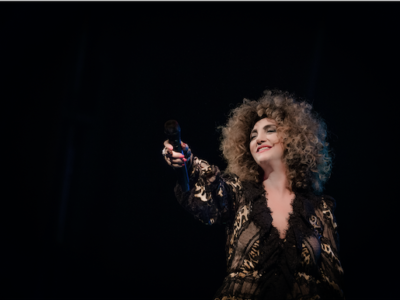